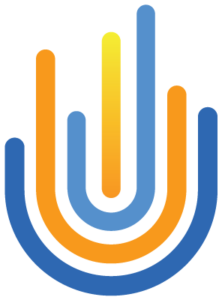 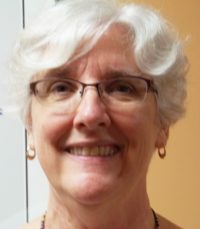 When Janet was new and just starting to meet people at Unitarian Universalist Community of Charlotte (UUCC), member Rich Greene encouraged her to volunteer. When she said yes to that first role, she could not have known that she would later name being an active part of this community as an essential part of her being. She just knew she was volunteering to sell books in Freeman Hall, which she was told would help her meet other members – and it did.

Janet has served this community in many ways over the years. She cooked for Wednesday night gatherings and for dinners at the Men’s Shelter. Eventually she led that effort for a couple of years. She wanted to learn about our religious education program, from which she felt her children benefitted greatly, so she taught 5th grade, then 6th grade. She served on the membership committee because she wanted to work with the person who was leading it. She did stewardship canvassing too.

During her three years on our Board of Trustees, Janet was liaison to Open Door School (ODS), our preschool. She helped start our ODS Managing Team with parents of ODS students and UUCC members working together. She values the strong bonds built with other members in the process. Working with others on new projects is something Janet has enjoyed doing in our community.

When UUCC began small group ministry, now called Discovery Circles, Janet was one of our first facilitators. She found it exciting to help figure out how best to structure the groups and how they should work. The group she started with still meets today.

Janet signed up for the first racial justice core group. She refers to this experience as exhilarating and as a time of intense learning. She says she is forever grateful to UUCC for being such able teachers of things so vitally important. Being in that group changed the way she looks at the world, she says.

Joining our first Intersectional Justice Team has been a challenging opportunity to learn and stretch. On this team, she has worked with our engagement groups and participated in court watching, which prompted her to learn more about the criminal justice system.

Volunteering at UUCC, Janet has loved working with others for a common purpose. It has given her a sense of community and allowed life-long friendships to develop. It seems to her that each experience has built on the one before it and given her opportunities to grow. For all the ways you have served our community and for the opportunities we now have to build on your efforts, thank you, Janet!